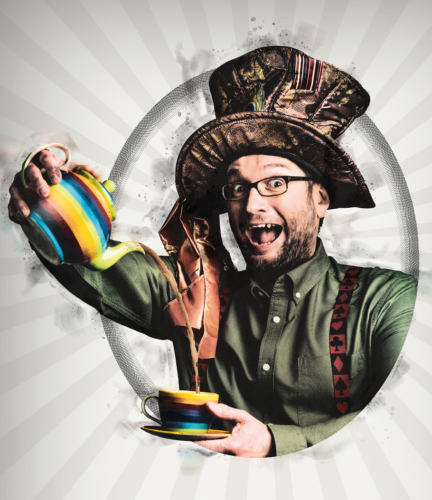 Get ready to dive into a rabbit hole of the best jokes in the world – star of Live at the Apollo and sell-out sensation Gary Delaney is back! One of the most sought after joke writers in the country and longstanding Mock the Week special guest, Gary has been through the laughing glass and he’s ready to bring you a brand new show with hit after hit of the kind of one-liners only a master could craft. If you’re hunting for snark, Gary’s got it covered! He loves each and every gag and you can’t help but be carried away by his infectious charm. He’s like a cheeky schoolboy who can barely hide his glee with each and every punch line.

Gary’s the only comic ever to have got two gags in the same top 10 for Dave’s TV Funniest Jokes from the Edinburgh Fringe. He’s is currently touring, his last tour was extended four times and took in over 200 venues, he’s the premier gag smith of his generation and through twitter he’s become one of the most followed and quoted comedians in the country. 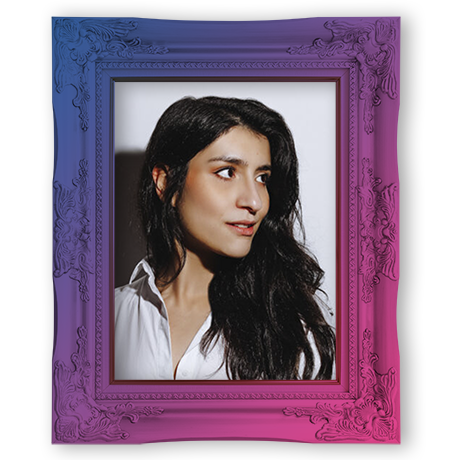 Originally from Paris, Celya AB is a stand-up and writer – with a magnetic stage presence and brilliantly crafted material.

Celya’s rapidly growing fanbase has led to her being invited to support both the legendary US comic Maria Bamford, and the acclaimed musician St Vincent, on their respective recent UK tours. She is also currently a regular stand-up on The Guilty Feminist podcast’s live UK tour. 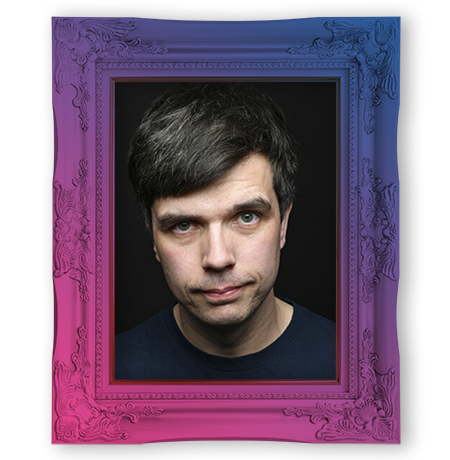 In 2010 Chris made his debut at one of Ireland’s biggest comedy festivals in Dublin’s Iveagh Gardens. His compelling storytelling then went on to win him the Comedy Smack Down Award at the Galway Comedy Festival later that year.
He quickly established himself on the Irish circuit and became sought out to open for some of his favourite acts, including Dylan Moran, David O’ Doherty, PJ Gallagher and Neil Delamare to name but a few. 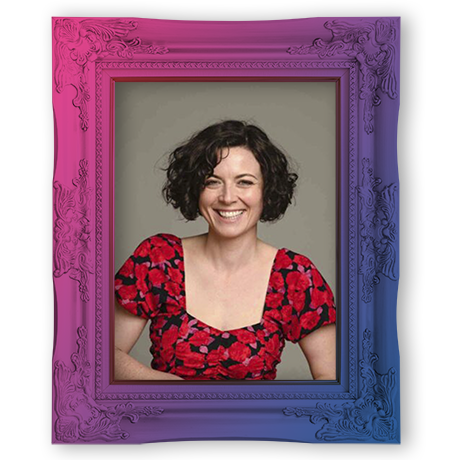 Funny charming and a little bit manic, Eleri is a regular contributor for BBC WALES, BBC SESH, BBC CMYRU and RADIO 4. She has written/script edited for Mock The Week, Have I Got News For You, The Now Show, The News Quiz, The Leak, Welcome Strangers, Newsjack and DMs Are Open. She was a series regular in the 2nd series of the improvised sitcom ‘Tourist Trap on BBC One Wales.

some time as ‘the most Instagrammed property in Cardiff’. 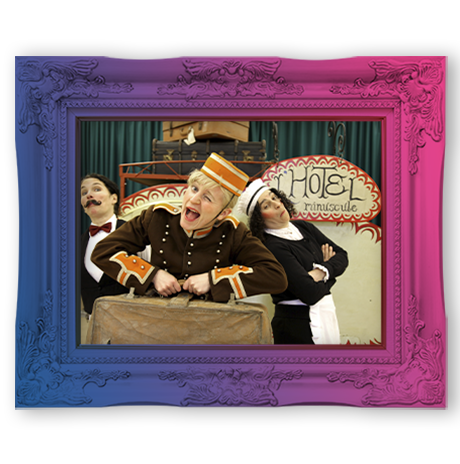 Circo Rum Ba Ba is a well established, highly experienced women’s circus theatre company which fuses spectacular theatre with a diverse range of circus skills and disguise. The company is well known for its elaborate, colourful costumes and painstaking detail to characterisation. Circo Rum Ba Ba creates wonderfully bizarre, offbeat walkabout characters and images, designed specifically for festivals and events. From the subtle cameo to the grand parade, Circo Rum Ba Ba combines the surprising with the impossible, to produce a thrilling phenomenon of spectacle and show. 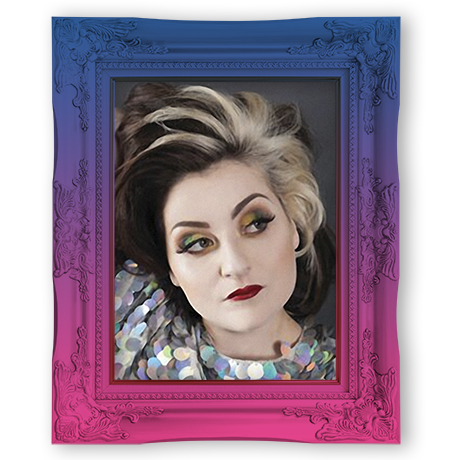 Welsh Comedian Kiri Pritchard-Mclean is a multi award-winning stand up comedian, writer and satirist. Recent television appearances include Live at the Apollo, Have I Got News For You, 8 Out of 10 Cats, The Russell Howard Hour (which she writes on) and she’s a frequent contributor on Frankie Boyle’s New World Order.

During lockdown Kiri hosted ‘Live from the Covid Arms’, which has emerged top of the online comedy gigs during this period and was sighted as a cultural highlight of 2020 by The Telegraph. It has been recognised by the Guinness Book of World Records as the world’s largest online pub; it had 6,215 visitors to it’s online quiz. The Covid Arms has also raised over £140, 000 for food banks and The Trussell Trust.

A regular on BBC radio, Kiri is the current host of Newsjack and has appeared many times on The Now Show and the News Quiz. She hosts a weekly show on BBC Radio Wales 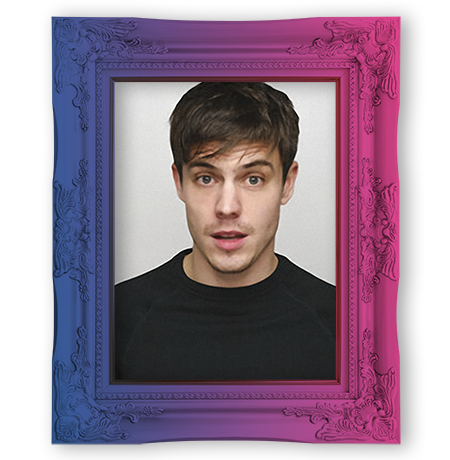 Returning again after his hilarious visit in 2020. Ross will compère Friday 4th and Saturday 5th.

Since he starting gigging in 2015, Ross Smith has taken the comedy circuit (and the internet) by absolute storm and is now a regular at some of London’s biggest comedy clubs.

His personable, relaxed style and contemporary pedantic material, underpinned by clever wordplay and self-deprecating humour, has made him one of the country’s most exciting acts and charmingly quick-witted hosts.

Ross made headlines around the world when he agreed to go on holiday with complete strangers, taking the place of another man called Ross Smith. His adventure went viral and the aftermath was the subject of his debut Edinburgh show, I Am Ross Smith. 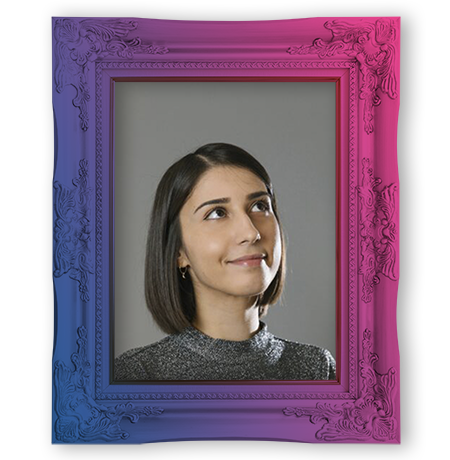 Priya Hall is a stand up comedian and writer. She has featured on BBC Presents: Stand up for Live Comedy (BBC One & Three), Live From Aberystwyth Pier (BBC One Wales and BBC Radio Wales), Fred At The Stand (BBC Radio 4), Machynlleth Comedy Showcase (BBC Radio Wales), Stand Yp (S4C). Priya has also written and starred in a new BBC 2 Wales pilot, Beena and Amrit. She has been a guest panellist on The Blame Game (BBC NI) and a team captain on What Just Happened? (BBC Radio Wales). She was a semi-finalist in the BBC New Comedy Awards 2021. She is a host on the podcast Here to Judge, which is available on Spotify. 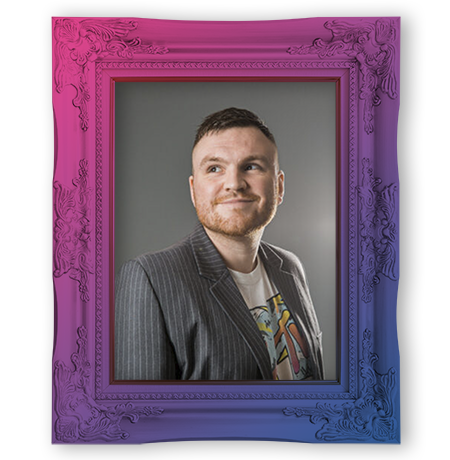 South Wales based Drew Taylor has been making waves all over the UK comedy scene. A sharp observational style combined with a strong stage presence combined with a lovely slow Welsh voice makes for a naturally funny comic who’s just great to listen to. In total command of the room his relaxed and assured persona is uber funny.

What people said about BMCF

“Local and funny. Relaxed atmosphere – not stuffy or self important.”

“Amazing to have such excellent talent just down the road. Relaxed atmosphere. Also appealed to us millennials!“

“Something different and live and fun. We need more fun!”

“The family show was fabulous! We thoroughly enjoyed every minute.”

“The chance to see big name comedians without travelling too far or paying upwards of £50 each!”